The proliferation of media in public space is often theorized in terms of the media city – of a proliferation of images – programmable,  layered and often in proxemic competition for attention, that is a visible manifestation of the post modern condition.

To see public media in these terms – a spectacular accumulation of images [and that alone] is to miss the programmatic purpose of much of this media. 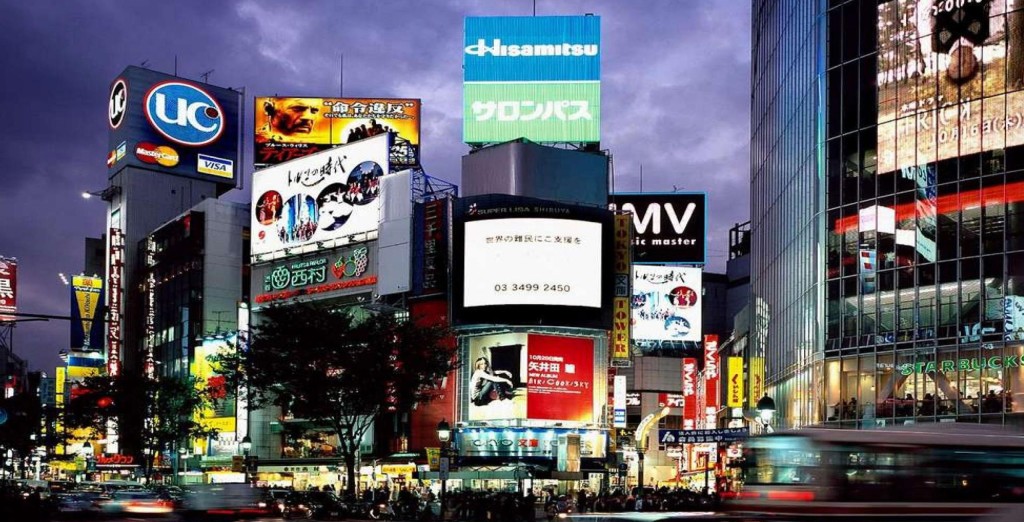 Media displays in public spaces are often highly structured, and increasingly they seek to modulate our perceptual and emotional response to situations, particularly in transitional spaces.

The media wall in the Hollister store on 5th Avenue competes to temper the nearby excess of retail and urban possibility with the image a surf beach – entered baptismally to create a thematic rupture with the rest of New York through immersion in the image. To experience Hollister-ness.

Smaller insertions into even the most compact retail sublets modulate the transition from without to within. Each mediated archway defines an abstract fenestration with abstract light – the invitation to cross the threshold and in so doing to be subtly transformed. 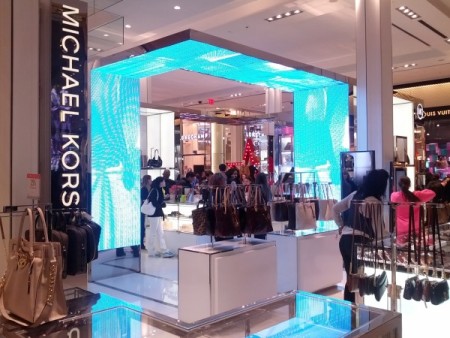 These points of physical demarcation differ from simple digital signage, in their relationship to the body. Not only do they typically surround the body in its passing, but they are of a scale to do so. Immersion – the sensation of being physically dwarfed or subsumed by the image is essential to this effect.

Las Vegas has created a persistent world of fantastic affect that surrounds, temporally and spatially, the visitor. Our experience of Vegas is designed to invoke the perceptual discontinuity of a dream – most traditionally through the use of theatrical devices – staging, lighting, costume and decorative tableaux that distance the participant audience from the “rules” of everyday life.

A circus in a casino! A Gondolier in the lobby! Trompe l’oeil skies that dim on the hour….

These highly accessible and particularly visceral examples of the fantastic are extended in the language of Vegas’ media installations.

The Cosmopolitan Hotel lobby is comprised of a series of media pillars that are reflected in the polished floors and mirrored ceilings of the space. The range of imagery that is played ranges from the abstract to the pointedly surreal. Figures that appear in this context exist as cyphers – empty outlines into which the audience might project themselves. 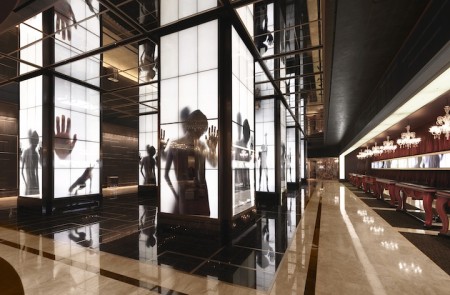 As images, these beautifully realized sequences declare the incommensurability of the dream through the physical enclosure of a new nature surrounding the body.

A dislocating hall of mirrors, signalling our arrival in nothing more than a perpetually slippery and inconsequential symbolic order. A dream space, diffuse and simultaneously inviting, the rules have changed.