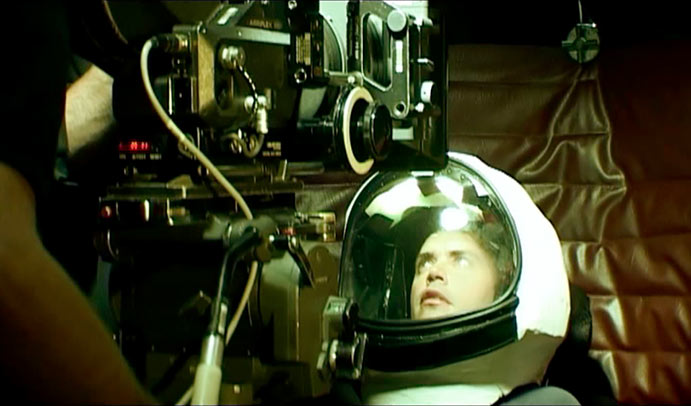 Development of a film assets for the opening of a cinema complex in Sydney’s Bondi Junction.

Rescoping an original “three short film” suggestion for the work, I assembled a collaborative team of students and professional mentors to develop 30 filmic vignettes – “popcorn” movies tracking the development of three filmed scenes from different genres – Space Drama, Romantic Comedy and Film Noir. I wrote each scene and assembled the production crew to shoot each main scene in 35mm Panavision, and the remainder of the 27 vignettes in 16:9 digital video [which I also shot] – which was extensively graded and treated.

Ben Briand directed the main sequences and Matt Dooley line produced the work as well as producing some incredible music!

These films played in the visitor circulation areas of the new multiplex complex. The work was delivered beyond expectation and to budget, with a host of student internships established in the production phase. The project not only created the work, but provided a valuable internship experience for over 20 digital media students,  most of whom are industry professionals today.