The slew of teenage films set in a dystopian near future is more than a case of Hollywood’s thematic franchising.

In a very real way, the success of these oddly similar stories speaks of the cultural zeitgeist in the collective adolescent imagination.

Serial box office success positions these stories as more than isolated cultural skirmishes – they are by any measure a persistent meme that locates its audience in recognizable imaginative tableaux.

In each case, the setting is an autocratic society of the near future where the machinations of a despotic and ubiquitous government apparatus manipulate a group of teenage protagonists as fodder for some form of socially ordained conflict.

Fighting to the death in a Battle Royale, escaping an impossible maze – working as a sleepwalking army of occupation – the play between authority and identity enacted to the backdrop of an uncaring fascist state, operating through equal parts surveillance and the totalizing myth of its own inevitability.

As a narrative struggle these films evoke not only the survivalist tropes that sit beneath the surface of many adult imaginations, but the literature of social-fictive commentary in Brave New World or Nineteen Eighty Four. The immanence of the authoritarian control and social engineering they depict is not temporal – but contemporary in simply in terms of rhetorical degree.

These stories are metaphors for the teenage identity as is is – surrounded by a manipulative and oppressive adult world in which the institutional frameworks are both inherently violent and explicitly restrictive upon the emergent adolescent identity.

While these stories rely upon a hyperbolic amplification of adolescent disaffection, they offer an ultimately conservative and questionable path to transcendence. 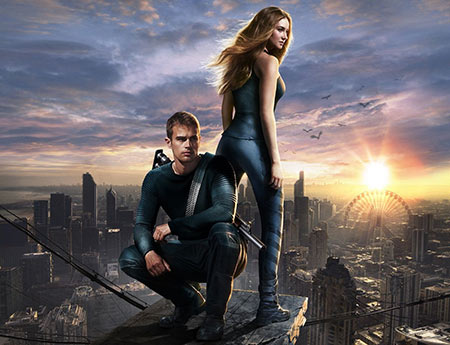 Katniss and Peetar. Tris and Tobias. Thomas and Teresa.

Standing atop of the detritus of a decaying and corrupt social construct, they alone can save the world.

If the ego-isolated teenage protagonist is able to offer and receive, against all social conditioning, true love with their mystically ordained other, they are able to find not only individual – but ultimately collective redemption.

Love is the pathway to transcendence as it offers self realization on the road to heroic [and individual] action against the deterministic and oppressive state/adult apparatus. 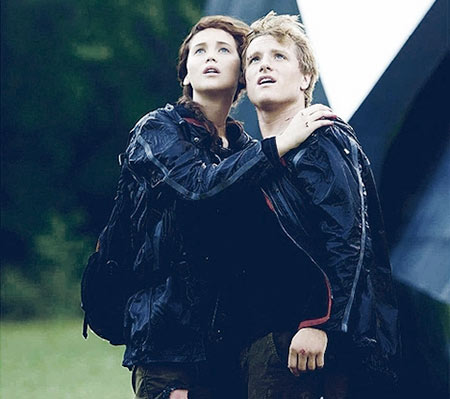 The emergent teenage saviour effects  change through a return to innocence – away from the chaos and entropy of civilization into the idyll of the pair – Eve and Adam redeeming the world through their sacrifice for the other.

Rebirth from the chaos of culture into a new Eden.