In my early 20’s I collaborated a lot with Andrew Traucki, both on a video Magazine called Videobitz, which we made monthly, and a number of music videos for bands in the vibrant Sydney music scene of the day.

Our work was pretty diverse, and we used every technique available to us in the day. Scratched film, multiple exposures, stop motion, time-lapse, 128k Macintosh video digitizers and printouts and other image processing. In the early days we’d budget 10 reels of Super8 stock – later we moved up to Bolex and other “fancy” 16mm cameras. Everything was edited on a flatbed, and this was a great way to get “film in your bones” – frame by frame. We had the chance to work on early paintbox systems, and this carried on into later production work and a broader digital post production practice.

As my work developed, I was able to collaborate with a wider group of artists, Lisa Stonham, Kriv Stenders and Dana Racin at Garner Maclennan on the extensively post produced clip for Single Gun Theory. I started further study in the visual arts [as did Andrew] at the then City Art Institute – later to become COFA and today UNSW Art+Design. Some of our clips were exhibited in Museums as “uniquely Australian” and others – like the 16mm – 6 reel “Italo House Mix” for Virgin Records went onto high rotation on MTV. 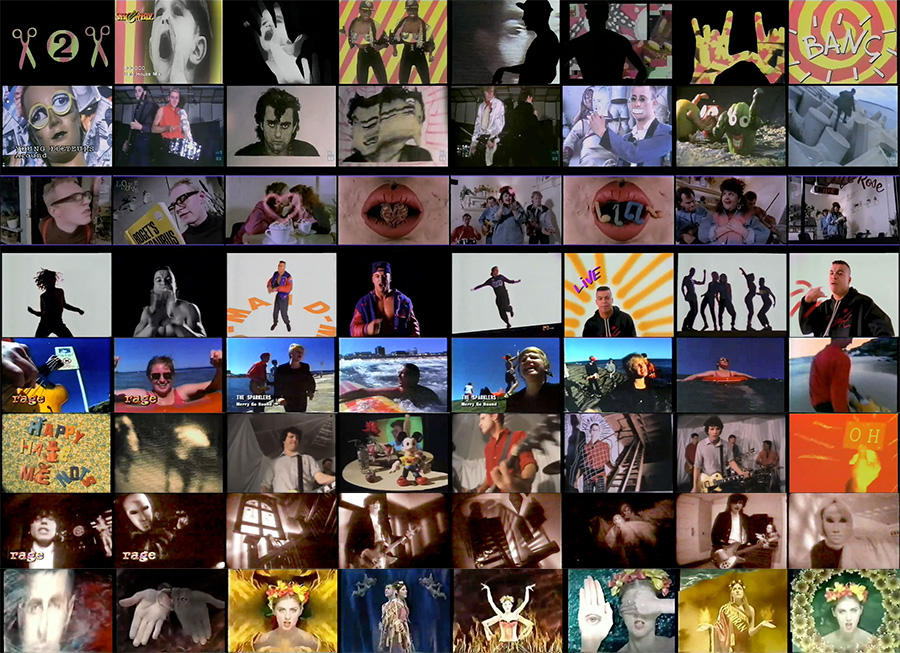