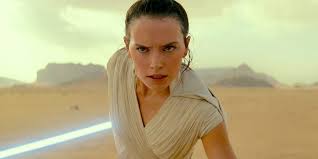 I am surprised and a little shocked to read in student’s essays a frequent embrace of the reaction against gender inversions in Hollywood movies.

I have to wonder – when did Star Wars become an objective measure of realism and by proxy a realistic measure of character competence?

Every male character in the franchise is allowed miraculous feats of skill, luck and access to “the force” as logical extensions of their natural position.

Endless hordes of stormtroopers have chased and shot at Luke Skywalker and Han Solo – apparently unable to hit them before being quickly in turn quickly dispatched [why the body armor then?]. Male efficacy is never questioned.

Tony Stark or Bruce Wayne’s portrayal of Ayn Randian individualism and capitalist omnicompetence is a baseline for the world of heroic fantasy. But let a woman in and she becomes doomed to censure and critique because suddenly the characterization is unrealistic.

It’s incredible to see the way that positions of privilege are internalized even in the realm of complete fantasy. A Farm kid flying an advanced Military space fighter with no apparent training? No problem! Sinking the impossible last minute shot on the buzzer to destroy the UberFortress of the universe? Hooray!

A girl getting out of situations too easily? Unrealistic! Can’t be serious! The series is ruined!